Happy Thanksgiving From the NAGB

Friends of the Environment - Thankful!!! for your support and a Learning Centre Matching Challenge! 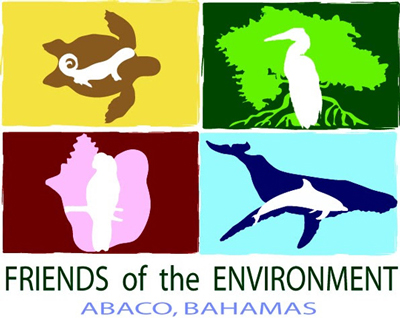 Read more »
Posted by Anthony Derek Catalano at 9:02 AM

Turnquest Goes Quietly – For Now: 'I Will Have More To Say About The Allegations Made Against Me And The Actors That Have Perpetuated It' 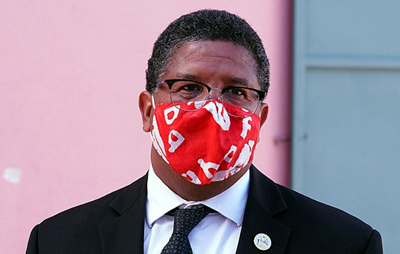 Peter Turnquest speaking on Wednesday. Photo: Terrel W Carey Sr/Tribune staff
By RASHAD ROLLE
Tribune Senior Reporter
rrolle@tribunemedia.net
PRIME Minister Dr. Hubert Minnis accepted Peter Turnquest’s resignation as deputy prime minister and minister of finance yesterday evening, ending nearly a week of political intrigue after the East Grand Bahama MP was named in a Supreme Court lawsuit relating to an alleged $27m fraud.
Dr. Minnis said in a brief statement that he will serve as interim finance minister before a substantive appointment is made to that post. Mr. Turnquest said he will continue to serve out his term as MP.
Mr. Turnquest’s resignation came as a surprise even to his Cabinet colleagues, with one minister telling The Tribune last night that he was “devastated and shocked” by the outcome. The Tribune understands that Mr. Turnquest’s Cabinet colleagues largely wanted him to remain the steward of the country’s fiscal affairs as the nation battles the economic fallout from the COVID-19 crisis.
Mr. Turnquest and Dr. Minnis sat side by side for what will likely be the last time in the House of Assembly earlier yesterday. As parliamentarians debated a bill to amend the Penal Code, questions about Mr. Turnquest’s future hovered over proceedings and were much discussed on the sidelines of the House. His departure from Cabinet comes several months after Elizabeth MP Dr Duane Sands resigned as health minister under controversial circumstances.
He is the third Cabinet minister to resign from the Minnis administration, after Brent Symonette quit his post as minister of immigration and trade last year.  Read more >>
Posted by Anthony Derek Catalano at 8:58 AM 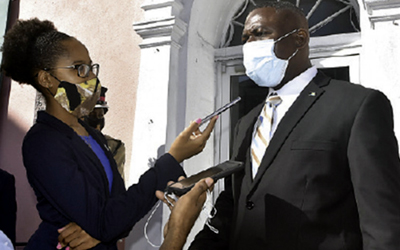 Minister of Health Renward Wells (right) speaks with Nassau Guardian Staff Reporter Jasper Ward outside the House of Assembly yesterday. Ahvia J. Campbell
Jasper Ward
The Nassau Guardian
The government has made a down payment to secure 80,000 doses of a COVID-19 vaccine when one becomes available, Minister of Health Renward Wells said yesterday, adding that it is aiming to vaccinate 20 percent of the population in the first phase.
“As you would rightfully note, we have put down a down payment on getting at least about 80,000 doses which equates to about 20 percent of our population, which is the agreed standard globally for all the countries around the globe,” Wells told reporters outside the House of Assembly.
“Everyone, through the WHO, is going to get enough to vaccinate, in the first instance, about 20 percent of their population. The Bahamas has put down $250,000 on that facility, COVAX facility, through the WHO (World Health Organization). But, we, as a country, also reserve the right to go directly to the manufacturers, such as Moderna and Pfizer.  Read more >>
Posted by Anthony Derek Catalano at 8:53 AM 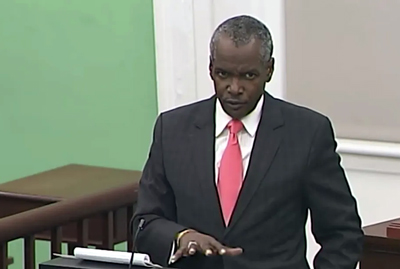 Minister of Public Works Desmond Bannister
Royston Jones Jr.
Eyewitness News
Minister suggests music artists like Vybez Cartel glorify scamming to the detriment of young people.
NASSAU, BAHAMAS — Minister of Public Works Desmond Bannister said yesterday that amended legislation relating to the Penal Code will go a long way to protecting The Bahamas’ international reputation, as he expressed concerns about a proliferation of online scams and “fake lotteries”.
“When I was preparing for this I was thinking about all the scams we’ve seen in recent times,” said Bannister during the debate.
“The lottery scams. They have these scams where people call you up and say you have won a lottery: ‘You pay the fees and the taxes upfront and we are going to send you the money’.
“Right next door in Jamaica, they have what they call the Jamaican phone scammers.
“They’ve had a lot of that in Jamaica and that has been blamed for financing gang warfare in Jamaica and for murders.
“Mr Speaker, the scams have even gotten into popular culture.  Read more >>
Posted by Anthony Derek Catalano at 8:48 AM 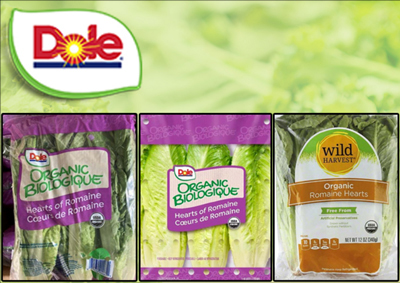 Deandrea S. Hamilton
Magnetic Media TV
#TheBahamas – November 25, 2020 – BAHFSA wishes to inform the general public that the recent Romaine Lettuce Warning being circulated on social media by Fox News, is a dated post.
However, there have been no lettuce recalls in 2020.  Read more >>
Posted by Anthony Derek Catalano at 8:41 AM 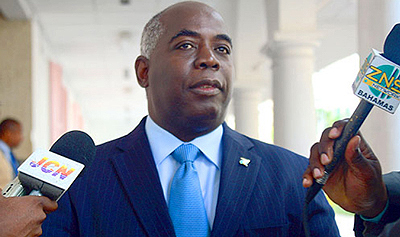 Opposition leader, Philip "Brave" Davis
Bahamas National
Tonight's  resignation of Peter Turnquest as Deputy Prime Minister and Minister of Finance was inevitable. The allegations in the lawsuit are too serious and too scandalous for him to remain in such an important position.
However, the position of Minister of Finance remains essentially vacant.
Bahamians are looking at the thinness of the FNM bench and worrying there is no one of sufficient competence to lead that Ministry.
Who will speak about whether the state of the country’s finances have been truthfully represented?
Who will give confidence to Bahamians and international financial institutions that the public finances of the country are in safe hands?
In the meantime, the panicked late night proclamation of a new State of Emergency is a corrupt power grab by the Prime Minister, who wants to operate without scrutiny or accountability.
A health crisis, an economic crisis, and a constitutional crisis. What a mess.  (source)
Posted by Anthony Derek Catalano at 8:36 AM