Why there are fears that Ethiopia could break up 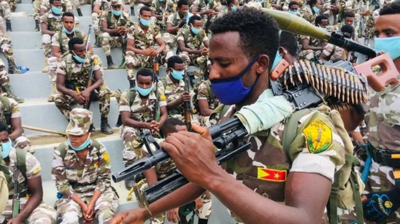 The feud between Ethiopian Prime Minister Abiy Ahmed and the ruling party in the strategically important Tigray region is escalating, raising fears of military confrontation and the break-up of Africa's second most-populous nation.

The tensions revolve around the regional government's decision to press ahead with organising its own election for the Tigray parliament on Wednesday, in an unprecedented act of defiance against the federal government.

This is the latest sign that Mr Abiy is struggling to retain his reputation as a peace-broker - about a year after he won the Nobel Peace Prize for ending a border war with Eritrea and for his efforts to democratise Ethiopia.

About 9,000 people have been arrested in Ethiopia in the deadly clashes which followed the killing of singer Hachalu Hundessa in June, human rights activists say, leading to concerns that there could be a return to the authoritarian rule that the prime minister had promised to end when he took office in 2018.  Read more >>
Posted by Anthony Derek Catalano at 6:53 PM