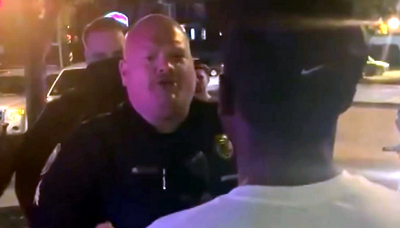 A white police officer who was recently suspended for uttering a racial epithet several times during an interaction with a Black man in South Carolina was fired on Monday.

According to an earlier report by the police department, on Saturday, Aug. 29, at 11 PM,  a police sergeant entered an establishment named Bar None and found several violations of the Governor’s Executive Order to stop serving, selling, and drinking alcohol. Sgt. Chad Walker went in to enforce the order and while doing so, in conversations with patrons and employees, a Black man is heard calling him the N-word while he was leaving the establishment. In response, Sgt. Walker used the racial slur several times, arguing that he could use the word.  Read more >>
Posted by Anthony Derek Catalano at 5:31 AM