Watch Elon Musk unveil the next version of his AI-powered brain implant, Neuralink

Here’s the tech that’s built to go straight into your actual skull. 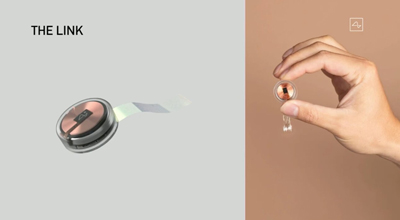 The new Neuralink device is about the size of a small stack of coins. He calls it "A Fitbit in your skull with tiny wires." Neuralink

We first heard about Neuralink back in 2017. Elon Musk had a grand vision of implanting a computer chip in the human brain allowing for direct interface with computers. It’s a grand vision that pictures humans as flesh, blood, bone, and AI hybrids. Amputees could use the interface to control artificial limbs. Non-verbal people could operate communication devices without the need for hands. We could jam our Spotify playlists directly into our grey matter. We’re human hardware.

Musk showed off a version of it at a demonstration last year, but this week, he has been crowing about how V2 will “blow minds.” He claims that the demo will include a working device that will demonstrate the capabilities of the system in its current state. We’ll be watching it live along with you. The live stream is embedded above, but you can also watch directly on the Neuralink site.

Computer-brain interfaces aren’t a new concept. I remember getting excited about the concept as a kid when I saw Krang from TMNT piloting his dopey robot body with electrodes attached to his wrinkly pink brain-body. But, the developments haven’t just come from sci-fi. Startups like Kernel and massive tech behemoths such as Facebook are all currently working on the tech in some form or another.  Read more >>
Posted by Anthony Derek Catalano at 7:13 AM