‘Tenet’ finally debuts, and millions come to see it, bolstering hopes that theaters will survive the pandemic

Whether crowds will return in the United States, where covid is still rampant, remains to be seen. 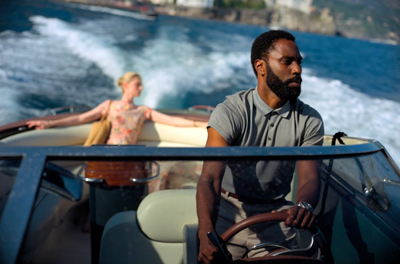 After months of delays, concerns, handwringing and re-setting, a Hollywood studio released a major film in theaters around the world during a global pandemic.

Defying expectations, millions of people turned out to see it.

“Tenet,” the time-bending Christopher Nolan thriller Warner Bros. had been hoping would kickstart the movie business after a months-long hiatus, grossed $53 million as it opened in countries around the world over the weekend. Filmgoers from South Korea to France, Canada to Taiwan, turned out wearing masks in socially distanced theaters to transform the most significant film release since lockdowns began in March into an early hit.

Many analysts had been expecting about $40 million from the roughly 40 territories where the movie opened.  Read more >>
Posted by Anthony Derek Catalano at 7:31 AM