Possible sign of life on Venus stirs up heated debate

“Something weird is happening” in the clouds of the planet next door—but some experts are raising doubts about the quality of the data. 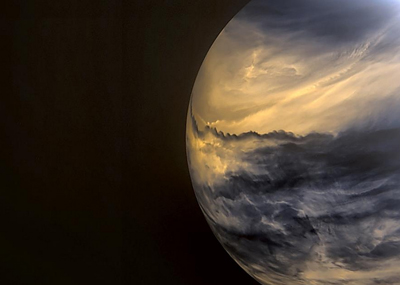 Something deadly might be wafting through the clouds shrouding Venus—a smelly, flammable gas called phosphine that annihilates life-forms reliant on oxygen for survival. Ironically, though, the scientists who today announced sightings of this noxious gas in the Venusian atmosphere say it could be tantalizing—if controversial—evidence of life on the planet next door.

As far as we know, on rocky planets such as Venus and Earth, phosphine can only be made by life—whether human or microbe. Used as a chemical weapon during World War I, phosphine is still manufactured as an agricultural fumigant, is used in the semiconductor industry, and is a nasty byproduct of meth labs. But phosphine is also made naturally by some species of anaerobic bacteria—organisms that live in the oxygen-starved environments of landfills, marshlands, and even animal guts.

Earlier this year, researchers surmised that finding the chemical on other terrestrial planets could indicate the presence of alien metabolisms, and they suggested aiming the sharpest telescopes of the future at faraway exoplanets to probe their atmospheres for signs of the gas.

Now, we may have found signs of phosphine on the planet next door, astronomers report in the journal Nature Astronomy.  Read more >>
Posted by Anthony Derek Catalano at 9:33 AM