Pope says gossip is a 'plague worse than Covid' 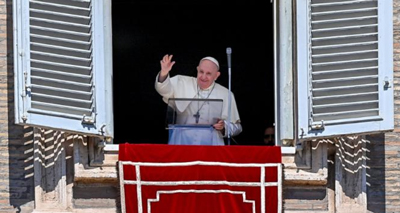 Rome (CNN) - Pope Francis has once again condemned gossip, describing it as a "plague worse than Covid," during his Sunday prayers.

The Pope also said that the devil is a gossiper who aims to divide the Catholic Church.
"Gossip closes the heart of the community, closes the unity of the Church," he said.

"The greatest talker is the devil, who always goes about saying the bad things of others, because he is the liar who tries to disunite the Church, to alienate his brothers and not to make community."
"Please, brothers and sisters, we make an effort not to gossip. Gossip is a plague worse than Covid," he added.  Read more >>
Posted by Anthony Derek Catalano at 5:31 AM