'Play it down': Trump admits to concealing the true threat of coronavirus in new Woodward book 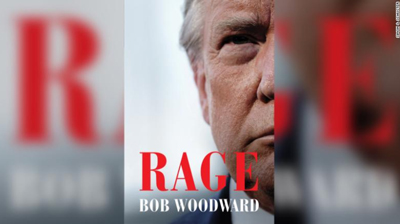 Washington (CNN) - President Donald Trump admitted he knew weeks before the first confirmed US coronavirus death that the virus was dangerous, airborne, highly contagious and "more deadly than even your strenuous flus," and that he repeatedly played it down publicly, according to legendary journalist Bob Woodward in his new book "Rage."

"This is deadly stuff," Trump told Woodward on February 7.


In a series of interviews with Woodward, Trump revealed that he had a surprising level of detail about the threat of the virus earlier than previously known. "Pretty amazing," Trump told Woodward, adding that the coronavirus was maybe five times "more deadly" than the flu.

Trump's admissions are in stark contrast to his frequent public comments at the time insisting that the virus was "going to disappear" and "all work out fine."

The book, using Trump's own words, depicts a President who has betrayed the public trust and the most fundamental responsibilities of his office. In "Rage," Trump says the job of a president is "to keep our country safe." But in early February, Trump told Woodward he knew how deadly the virus was, and in March, admitted he kept that knowledge hidden from the public.

"I wanted to always play it down," Trump told Woodward on March 19, even as he had declared a national emergency over the virus days earlier. "I still like playing it down, because I don't want to create a panic."  Read more >>
Posted by Anthony Derek Catalano at 1:38 PM