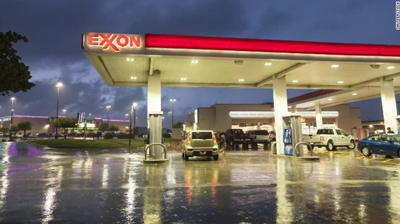 New York (CNN Business) - Demand fears are once again rippling through the oil patch.
US oil prices plunged 7% Tuesday to $36.76 a barrel. It was crude's worst day and lowest closing price in nearly three months. At one point, oil was down as much as 9%. Brent crude, the world benchmark, fell below $40 a barrel for the first time since late June.

The fierce selling in the energy market is being driven largely by rising concern about how much crude the fragile world economy needs. With Labor Day in the rearview mirror, summer driving season in the United States is over. Jet fuel demand remains extremely weak because many people don't want to fly during the pandemic. And no one knows for sure how long it will take to recover.  Read more >>
Posted by Anthony Derek Catalano at 3:58 AM