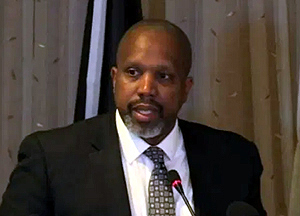 NASSAU, BAHAMAS — Acting Financial Secretary Marlon Johnson yesterday assured that there are no solvency concerns regarding the National Insurance Board (NIB).

Johnson said NIB has been able to withstand the COVID-19 shock despite paying out some $93 million directly to beneficiaries as result of the pandemic.

“We can state categorically that NIB remains solvent,” he said.

“The money contributed to NIB goes into a reserve that is invested. NIB is properly capitalized, it produces its reports annually to speak to its capitalization and this has allowed it to weather a shock like this.”

He was speaking at a press conference yesterday.  Read more >>
Posted by Anthony Derek Catalano at 1:16 PM