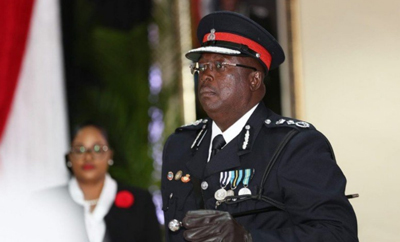 Commissioner of Police Paul Rolle said that despite complaints of a lack of security on Abaco, crime on the island is down 39 percent compared to last year.

Rolle said there seems to be a lot of focus on a “fake rise in crime” on the island.

“I wish to advise that overall crime on the island of Abaco is down 39 percent when compared to last year,” he said.

“There was a surge in the immediate aftermath of Hurricane Dorian and these were addressed and perpetrators [were] arrested, charged and placed before the courts. I am completely lost as to the veracity of the claims being made.”  Read more >>
Posted by Anthony Derek Catalano at 6:10 AM