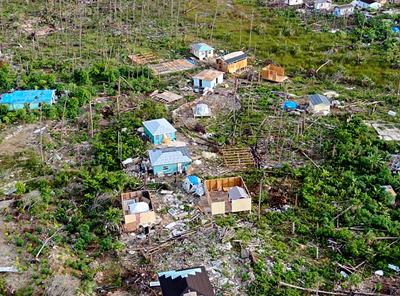 THE government is preparing to evict residents living in newly built illegal structures on Abaco, a move that could possibly displace hundreds.

The announcement was made by government officials during a meeting held on the island on Friday, who noted that eviction letters would be given specifically to those found in contravention of the latest Supreme Court order.

The order, which blocks the government from clearing out existing shanty towns in the country, also prevents residents from altering or expanding those communities.

Still, there have been concerns in Abaco about shanty town dwellers erecting illegal structures on government land, specifically the Farm Road, despite the order. One official estimates unregulated structures in one community have grown from 200 to about 400 since July.

In a bid to rectify the issue, Foreign Affairs Minister Darren Henfield told Abaconions on Friday: “The Cabinet of the Bahamas is attempting, according to the law, that we will move a notice to place upon homes that were built illegally and take a period of two weeks for those homes to be removed or they will be removed by the proper authority.  Read more >>
Posted by Anthony Derek Catalano at 6:59 AM