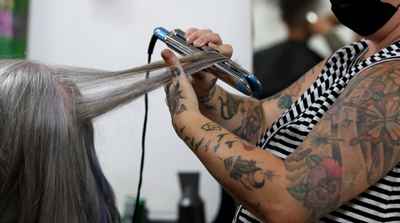 A new large population study looks to clarify the theorized connection between hair dye and cancer. The study found no link between ever using hair dye and an increased risk of most types of cancer in women. However, it did find a possible relationship between hair dye and certain forms of breast cancer, ovarian cancer, and the most common kind of skin cancer—links that “warrant further investigation.”

The study, published in the BMJ this week, looked at data from another research project, called the Nurses’ Health Study. That study has kept track of volunteers’ health and lifestyle habits since 1976, with questionnaires sent out and returned every two or four years. More than 120,000 women between the ages of 30 to 55 were initially enrolled.

The researchers of this study looked at 117,200 women who detailed whether or not they had ever used permanent hair dye and were reported free of cancer at the start of the project. On average, the women were followed for 36 years, and a third reported hair dye use at some point in their lives. During that time, there were more than 47,000 self-reported cases of cancer among the women, along with over 4,800 deaths.  Read more >>
Posted by Anthony Derek Catalano at 12:13 AM