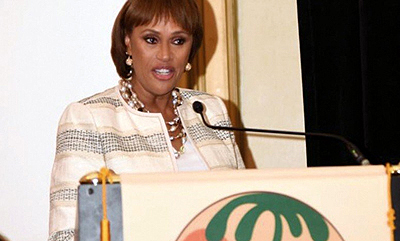 Ministry of Tourism Director General Joy Jibrilu said yesterday she doesn’t believe the United States’ level four travel advisory for The Bahamas will dissuade U.S. visitors from traveling to The Bahamas when it reopens next month.

The U.S. Department of State issued the advisory, which told its citizens to not travel to The Bahamas, last month.

“The travel advisories, we’ve lived with them but the evidence has shown that it is not impacting people wanting to come to The Bahamas and it does not impact the fact that we message that anyone coming to any city or any country should exercise every precaution,” Jibrilu told The Nassau Guardian.

“In this instance, obviously, it’s health and safety precautions and that’s the message that we’re getting out including with all our tourism partners on island.”

She added, “The travel advisory — from conversations with officials at the U.S embassy — seems to be centered around COVID-19 numbers when they were exceedingly high both in Grand Bahama and New Providence.”  Read more >>
Posted by Anthony Derek Catalano at 5:32 AM