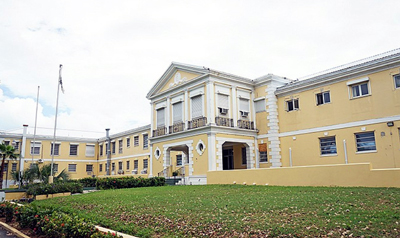 Mrs Weech has insisted that the organisation does not take such claims lightly, but said management must do its due diligence before putting out public statements on specific claims.

Her comments to The Tribune came amid allegations that one mother who recently gave birth at PMH died in hospital while other maternity patients took to social media over the weekend documenting their “unpleasant” experience at the hospital during and after childbirth amid the COVID-19 pandemic.

One devastated young woman recently described her experience at PMH as a “terrible” ordeal after losing her twin babies. She claims that some nurses there acted very insensitively and discriminatory towards her after the horrific ordeal due to fears that she contracted COVID-19, despite testing negative for the disease.  Read more >>
Posted by Anthony Derek Catalano at 6:16 AM