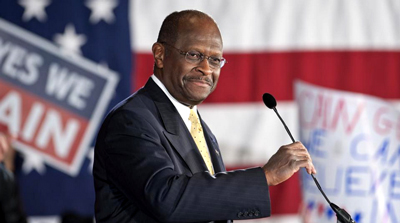 Herman Cain continues to speak from beyond the grave through his Twitter account, with a now-deleted tweet claiming that coronavirus is “not as deadly” as “mainstream media” made it out to be, despite Cain dying from COVID-19 weeks after attending a rally for President Trump—and raising questions about Twitter policies for deceased account holders.

According to screenshots of the tweet, Cain’s account (renamed “The Cain Gang” by his family) wrote on Sunday, “it looks like the virus is not as deadly as the mainstream media first made it out to be.”

The tweet also linked to an article from conservative news site Western Journal, which a New York Times investigation found in 2019 was blacklisted from Apple News for containing views rejected by the larger scientific community and Google News for maintaining deceptive business practices.

Cain’s tweet drew backlash and scorn from other social media users, who pointed out the irony in his Twitter account claiming coronavirus is “not as deadly” even though he died from the virus in July.  Read more >>
Posted by Anthony Derek Catalano at 6:59 AM