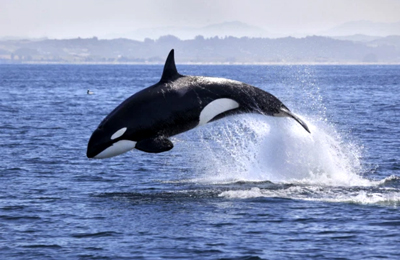 Killer whales have been ramming into and damaging sailing boats off the Spanish and Portuguese coasts, leaving marine experts perplexed about the suddenly aggressive encounters.

Orcas are highly-intelligent and known to follow boats closely, but it’s unusual for them to repeatedly attack the vessels, the Guardian reported.

Over the last two months, the orca encounters have damaged several boats and left at least one sailor bruised on impact.

In the latest incident on Friday, a 36-foot boat was near A Coruña, on the northern coast of Spain, when an orca rammed its stern about 15 times, the outlet reported.  Read more >>>
Posted by Anthony Derek Catalano at 5:54 AM