Congress likely to ax second round of stimulus checks, according to Goldman Sachs forecast 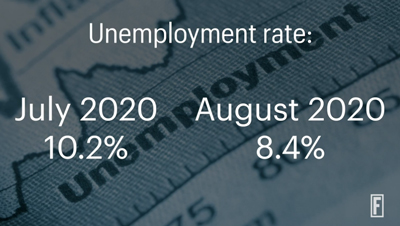 Maybe you don’t need that second $1,200 stimulus check after all?

At least that’s what more economists and politicians are thinking after better than expected jobs numbers: On Friday we learned the jobless rate dropped from 10.2% in July to 8.4% in August, soundly beating the consensus estimate of 9.8%.

And that strong jobs report is already making it less likely Congress will be as generous with the next economic stimulus package. On Monday, Goldman Sachs forecast the next stimulus package will come in at $1.5 trillion, below its previous forecast of $2 trillion.

Goldman Sachs projects the next stimulus bill will include $400 per week in enhanced unemployment benefits, additional small-business aid, and “modest” state fiscal aid. However, Goldman Sachs researchers foresee no second round of $1,200 stimulus checks.  Read more >>
Posted by Anthony Derek Catalano at 5:25 AM