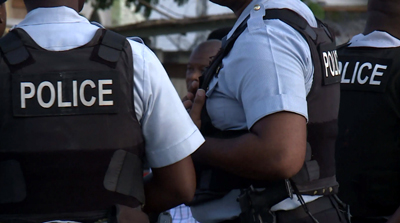 Police officers on a crime scene

NASSAU, BAHAMAS — Police have sounded the alarm on an online scam that deceives victims with fake relationships to defraud thousands.

Assistant Superintendent Audley Peters said the Financial Crime Investigations Branch was alerted to the online scam that sees the fraudster fake their identities and contact victims via social media.

In one case, he said the fraudster pretended to be military personnel stationed overseas and claimed that he needed money sent to his base to have him released.

“After numerous conversations, these situations can ultimately lead to a relationship where the victims develop feelings for the other person,” Peters said.

“Sadly though, the perpetrators are using false identities and stolen photos to pretend to be someone else (military personnel etc.).  Read more >>
Posted by Anthony Derek Catalano at 6:44 AM