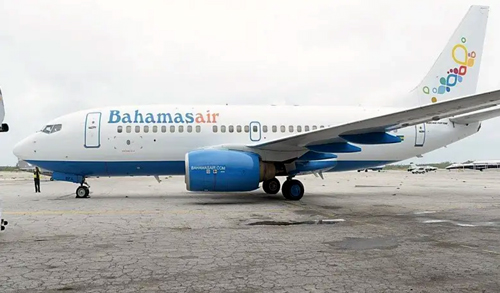 By Paige McCartney
The Nassau Guardian

After being grounded for several weeks due to the second emergency lockdown, the first domestic flights for the national air carrier had dismal passenger numbers, Bahamasair Chairman Tommy Turnquest said yesterday.

Turnquest said while he didn’t expect a robust start, the low numbers were alarming.

“I can tell you that the three flights that went out so far this morning went out with dismally low numbers,” he told Guardian Business.  Read more >>
Posted by Anthony Derek Catalano at 8:07 AM