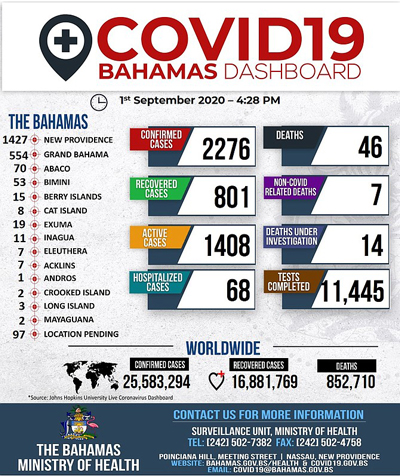 The Ministry of Health reported on Tuesday that there are 59 newly confirmed cases of COVID-19 and two additional deaths.

The Ministry also confirmed that a 50-year-old woman passed away on Tuesday and a 60-year-old man died on August 25th. Both were from New Providence. The death toll now stands at 46.  (source)
Posted by Anthony Derek Catalano at 6:52 AM