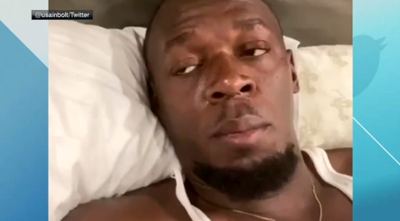 World-record sprinter and eight-time Olympic gold medalist Usain Bolt has tested positive for the coronavirus and is self-isolating at his home in Jamaica after celebrating his 34th birthday with a mask-free party last week.

Jamaica's health ministry confirmed late Monday that Bolt, who holds world records in the 100-meter and 200-meter distance, tested positive after he posted a video on social media around midday saying that he was waiting on his results.

"Just to be safe, I quarantined myself and just taking it easy," Bolt said in the video while lying in bed.  Read more >>
Posted by Anthony Derek Catalano at 7:59 AM