Two people are dead and a third injured in an overnight shooting in Kenosha, police say 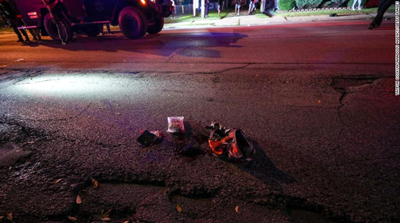 Clashes between protesters and armed civilians break out during the third day of protests over the shooting of Jacob Blake by a police officer in Wisconsin.

(CNN) - Two people were killed and a third was seriously wounded in a shooting in Kenosha, Wisconsin, late Tuesday during the third night of protests over the police shooting of Jacob Blake, police said.

The person injured was taken to the hospital with "serious, but non-life threatening injuries," police said.

An investigation into the shooting is ongoing and the names and ages of the victims are still being determined, according to the release.  Read more >>
Posted by Anthony Derek Catalano at 9:40 AM