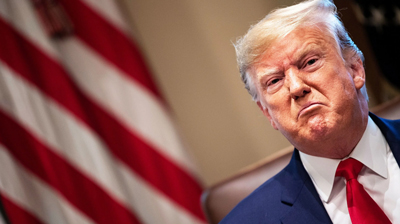 In the eye-opening documentary “#UNFIT,” premiering in virtual cinemas Aug. 28, psychologists and former allies of President Trump diagnose why he’s a danger to America.

Donald Trump’s psychosis is on full display for everyone to see, day in and day out, on TV and on Twitter. But for those interested in getting a fuller, damning portrait of his headspace—and who have already devoured his niece Mary Trump’s bestseller Too Much and Never Enough—#Unfit: The Psychology of Donald Trump has arrived to further mark the current commander-in-chief as a madman ill-suited for public service. Premiering in virtual cinemas on Aug. 28 and on digital/streaming TVOD on Sept. 1, it’s a cogently argued and executed evisceration of a president who’s fundamentally—and dangerously—unworthy of the Oval Office.

Like anything said or written about Trump, Dan Partland’s documentary will be somewhat outdated by the time of its debut; there’s just no way for any film to be totally up-to-the-minute when America’s leader so habitually whips up fresh outrages, gaffes, and scandals. Nonetheless, if it’s missing Trump’s very latest blunders and criminal conduct—such as his neutering of the U.S. Postal Service, and admission that he’s done so to swing the election in his favor—#Unfit remains a valuable peek inside a thoroughly rotten mind up to and including March’s coronavirus outbreak. Guided by interviewees whose commentary is expertly complemented by supporting-evidence clips of Trump saying all sorts of tellingly horrible things, it details the various personality traits that drive his monstrous behavior, and sheds light on how his own failings spell potential doom for American democracy.  Read more >>
Posted by Anthony Derek Catalano at 7:05 AM