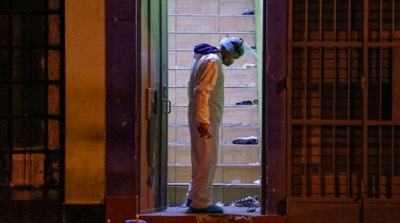 The crush happened as people were trying to exit the nightclub. - Getty images

At least 13 people died in a crush in Peru after trying to escape police who raided a nightclub violating coronavirus restrictions, police say.

The interior ministry says six people were injured, including three police officers. Some 23 people were detained.

Peru imposed a night-time curfew in March, and this month re-imposed a ban on large gatherings.

The Latin American country has recorded more than 576,000 cases of coronavirus cases and more than 27,000 fatalities.

Peru's interior minister said around 120 people had attended the illegal birthday gathering on Saturday. After police raided the club, the partygoers "tried to escape through the single exit, trampling each other and getting trapped in the stairway".  Read more >>
Posted by Anthony Derek Catalano at 12:11 PM