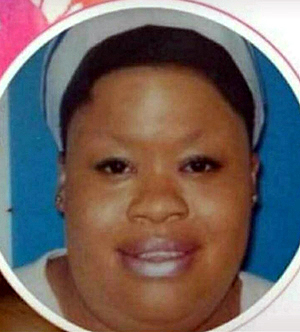 NASSAU, BAHAMAS — The night before she died, Nurse Bernadette Rolle chronicled her horrific COVID-19 experience in a series of voice notes to her colleagues, describing the battle as painful and scary.

In an audio obtained by Eyewitness News, Rolle, a mother-of-two known affectionately as “Bernie”, could be heard struggling to breathe as she spoke through sharp gasps and short breaths.

“It ain’t easy,” she said, “[There’s] days I think I could make it through and then some days just rough.

“It is be rough. It’s like a roller coaster…So I just is be praying, trying to make it through.  I really would prefer to be home with my kids. I know we separated but I prefer to be there.”

Rolle recalled a recent conversation with her two kids, something she said was very hard to do.

She said she had been feeling so sick and was vomiting so much that her son asked her if she was going to die.

But her daughter chimed in and said, “No mommy will live. She shall live and not die.”

She said she agreed with the girl, declaring “I ga live and not die”.

Her voice cracked and the tears broke through as she ended the audio asking, “Please pray my strength. That’s all I could do. Pray my strength so I make it through.”

Rolle was a staff nurse on the Male Ward of the Sandilands Rehabilitation Centre.  Read more >>
Posted by Anthony Derek Catalano at 10:34 AM