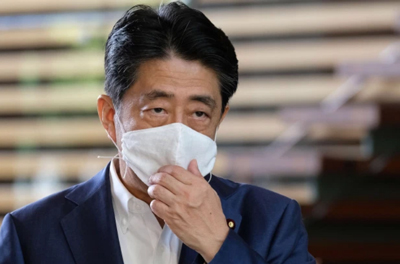 Concerns are mounting over Japanese Prime Minister Shinzo Abe’s health after the country’s leader returned to a Tokyo hospital Monday for the second time in a week.

Abe, 65, on Monday morning visited Keio University Hospital in Tokyo, where he spent three hours with doctors. Last Monday, the prime minister was at the medical facility for over seven hours.

The Japanese leader tried to quell any concerns about his health after news of his second hospital visit hit airwaves, telling reporters outside his official residence that he had gone back to the doctor to learn test results from the week prior.

He added that he had some follow-up tests done, saying he hoped to talk about “that kind of thing” at some point in the future, without specifying when.

He added, “I’d like to take care of my health and do my best at my job.”  Read more >>
Posted by Anthony Derek Catalano at 8:18 AM