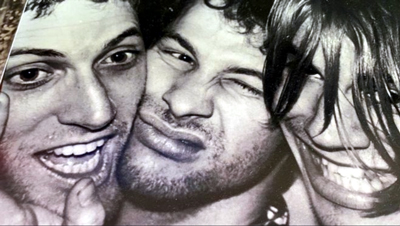 Jack Sherman, the guitarist who appeared on the debut album of American rock band Red Hot Chili Peppers, has died at the age of 64.

"He was a unique dude and we thank him for all times good, bad and in between. Peace on the boogie platform," a tweet on the group's official account reads.

Sherman, who joined the band on their first US tour in 1984, also co-wrote songs for their second album.

The cause of his death has not yet been disclosed.  Read more >>
Posted by Anthony Derek Catalano at 7:13 AM