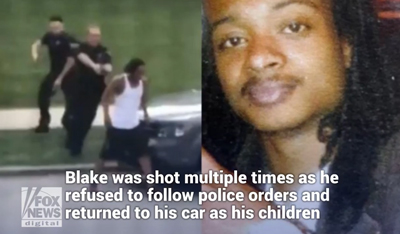 Violent protests erupted after the shooting

A police officer-involved shooting on Sunday of a Black man who was shot in the back set off violent protests in the lakefront city of Kenosha,Wis., that have lasted into the early hours Monday.

Many details of the shooting were not immediately clear, but the following unrest prompted the city to issue a curfew until 7 a.m. on Monday and police asked businesses to consider staying closed “due to numerous arm robberies and shots fired calls.”

“What we know for certain is that he is not the first Black man or person to have been shot or injured or mercilessly killed at the hands of individuals in law enforcement in our state or our country,” he said. Evers promised that there will be accountability.  Read more >>
Posted by Anthony Derek Catalano at 4:28 PM