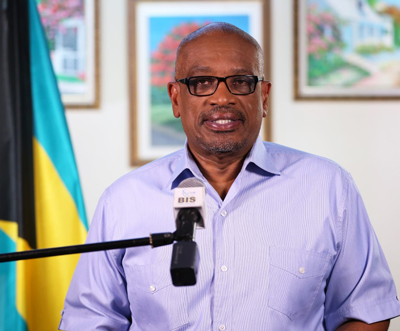 He said the reversal was due to public feedback and the development of a weather system that could potentially impact the country by the weekend.

It follows bitter protests earlier today among dozens of people who gathered near Windsor Park on East Street to march onto Bay Street in protest of the seven-day lockdown.

Scores of people were detained, leading to an emotive standoff between officers and residents of the area.

“Food wholesalers and manufacturers will also be allowed to operate during this period.

“The National Insurance Board will resume cheque distributions on Wednesday 19 August at the National Stadium.

Minnis said he will provide further details on adjustments to the New Providence lockdown when he addressed the nation later in the week.  Read more >>
Posted by Anthony Derek Catalano at 6:36 PM