PLP not inspired by PM’s ‘about face’ 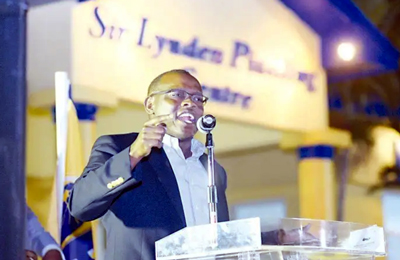 The Progressive Liberal Party (PLP) yesterday called Prime Minister Dr. Hubert Minnis’ announcement that he plans to relax business and movement restrictions on New Providence “an about face” with no medical justification.

“Nothing we heard today inspires confidence,” PLP Deputy Leader Chester Cooper said in a statement released after a joint press conference with the prime minister and the Ministry of Health.

“One has to wonder whether there was a thorough analysis of the data before his cruel announcement of an immediate lockdown.

“The prime minister’s announcement today of the rapid relaxing of restrictions appears politically motivated, rather than scientifically driven.

“He must do a better job at justifying his decisions.  Read more >>
Posted by Anthony Derek Catalano at 9:20 AM