New Zealand PM Jacinda Ardern wants to eliminate coronavirus. Is she setting herself up to fail? 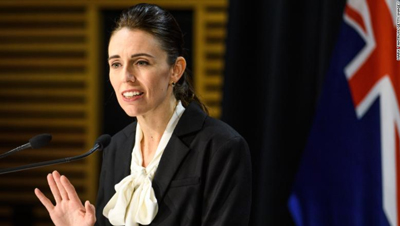 Right from the start, Ardern was clear -- she didn't want to simply limit the impact of coronavirus, she wanted to eliminate it.

Elimination -- which the New Zealand health authorities defined as stopping the chains of transmission in the country -- was an ambitious goal, and one that few nations adopted.

But Ardern and her government said it was the right one to protect the health of both the public and the economy -- and by April, New Zealand announced that it had achieved its goal of eliminating the virus.

For months, New Zealand had no instances of community transmission, but even before the country announced its fresh cases, health authorities and experts were warning that another outbreak was inevitable.  Read more >>
Posted by Anthony Derek Catalano at 8:12 AM