Jared Kushner made a deal with Russia for ventilators during the COVID-19 crisis, but every single machine was faulty, report says 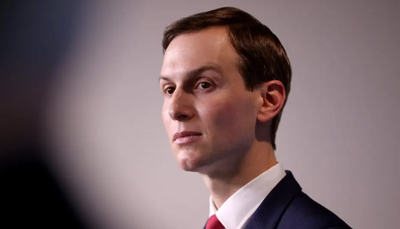 Jared Kushner facilitated the delivery of 45 ventilators from Russia to the US earlier this year, two senior administration officials told The Daily Beast.

Those ventilators turned out to be faulty and were cast aside, local officials told the news outlet.

The report said that New York Gov. Andrew Cuomo's staffers were surprised to see the supplies arriving from Russia.

According to The Daily Beast, Kushner hurried the order along via a personal relationship with the CEO of a Russian sovereign wealth fund that's under US sanctions.  Read more >>
Posted by Anthony Derek Catalano at 4:13 PM