In Thailand, a 21-Year-Old Student Dares To Tackle A Taboo Subject 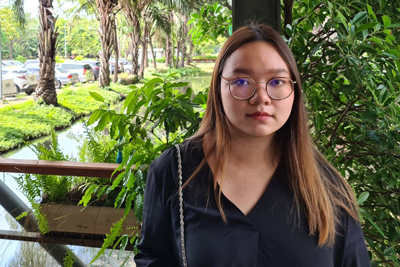 Panusaya Sithijirawattanakul, who read a politically charged manifesto at a rally last week, outside Thammasat University on Tuesday. Michael Sullivan/NPR

On August 10, 21-year-old student Panusaya Sithijirawattanakul's life changed forever. That's the night she took to the stage at a rally at Thammasat University outside Bangkok and read a ten-point manifesto aimed at reform of Thailand's politically powerful monarchy — a taboo subject in the Kingdom where the royal family is protected by strict laws that can land critics in jail.

At an interview off campus, she said it was an assignment she always thought was hers.

It's a risky move, the first time in modern Thai history that the monarchy has been talked about publicly—openly—in a critical way. Panusaya is undeterred.

"I think the monarchy has to be under law like everyone in this country," she says. "That manifesto is like the first level to change the system in Thailand."  Read more >>
Posted by Anthony Derek Catalano at 8:03 AM