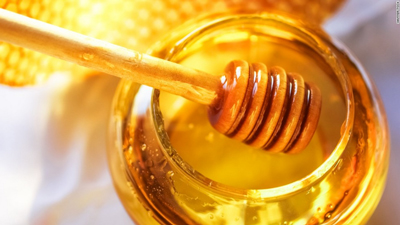 Honey has long been used as a home remedy for coughs.

(CNN) - Honey may be a better treatment for coughs and colds than over-the-counter medicines, a new study has found.

Researchers said honey was more effective in relieving the symptoms of cold and flu-like illnesses than the usual commercial remedies, and could provide a safer, cheaper and more readily available alternative to antibiotics.

They encouraged doctors to consider recommending it to patients in place of prescribing antibiotics, which can cause side effects and lead to antibiotic resistance when overused.

Honey has long been used as a home remedy for coughs, but its effectiveness in treating common illnesses has not been heavily researched.

"Honey was superior to usual care for the improvement of symptoms of upper respiratory tract infections," they wrote in the journal BMJ Evidence-Based Medicine.

"It provides a widely available and cheap alternative to antibiotics. Honey could help efforts to slow the spread of antimicrobial resistance, but further high quality, placebo controlled trials are needed."  Read more >>
Posted by Anthony Derek Catalano at 7:52 AM