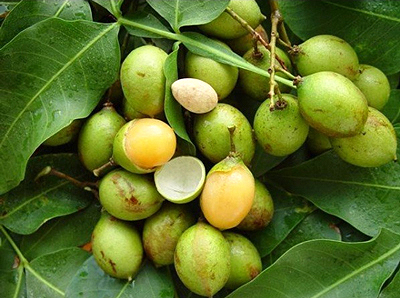 The Spanish lime originates from the north part of South America and grows naturally in the coasts and also in the dry forests of Central America and also in the Caribbean. The Spanish lime has two tastes known to be sweet and also sour sometimes. People usually consume it with chili powder, salt and also lime. The experts say that this fruit is a mixture of lychee and also lime, contains a firm, delicate and has a hard layer which are ate by splitting it up with the help of the teeth which is historically followed.

The Spanish Lime contains high amounts of fiber, which means that it can help you in the reduction of cholesterol and thus avoiding constipation. The Vitamin A helps in strengthening the immune system and prevents the formation of the urinary stones. This fruit contains high amounts of Vitamins, which means that is has powerful antioxidant properties. The calcium content helps in keeping the teeth and also the bones healthier and it helps in the fight against cancer.

Phosphorous contents help in digestion and balancing the hormone levels in the body. The fruit aids in the reduction of blood pressure and also solves the complications of asthma, since the fruit contains a lot of antioxidant properties known to be the Phenolic Compounds helping in avoiding the cardiovascular disease, strengthens the immune system thus combats the strokes. You should also know that in many parts of the world, Spanish lime is considered to be the most powerful natural remedy, the first of its kind, widely used to prevent and combat a various conditions and diseases.

The Spanish lime will boost your immune system and prevents the buildup of viruses and bacteria in the body.  Read more >>
Posted by Anthony Derek Catalano at 4:23 PM