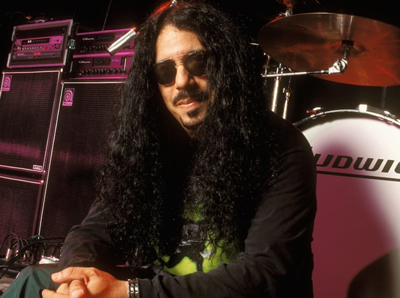 You might say God is feeling the 'Noize' now ... Quiet Riot's drummer, Frankie Banali, has died following his battle with pancreatic cancer.

Frankie died Thursday night in Los Angeles surrounded by loved ones, according to his wife, Regina, who said he lost his 16-month battle with cancer. Frankie's wife says chemotherapy stopped working and Frankie suffered a series of strokes, making it impossible to continue a clinical trial.

The rocker was diagnosed with stage 4 pancreatic cancer on April 17, 2019 and Regina says doctors had given him 6 months to live.  Read more >>
Posted by Anthony Derek Catalano at 6:33 AM