Florida Man Who Believed COVID-19 was a Hoax Loses Wife to Virus: 'Don't Be Foolish Like I Was' 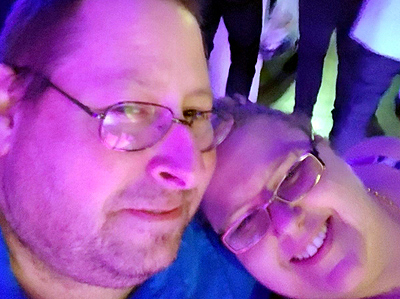 "Looking back I should have [worn] a mask in the beginning but I didn't and perhaps I'm paying the price for it now," Brian Lee Hitchens wrote on Facebook in May. Photo: GoFundMe

A Florida man who once thought coronavirus was a hoax is now mourning his wife after she succumbed to the disease.

Brian Lee Hitchens posted a lengthy and heartfelt message to social media after contracting coronavirus earlier this year to convince others to take the pandemic seriously. In his post, Hitchens described how he initially thought coronavirus was a "fake crisis" before he fell ill and tested positive for the disease.

Shortly after his symptoms appeared, Hitchens' wife, Erin, also became sick and the two were admitted to the ICU of a local hospital in May.

"I started feeling better within a few days but my wife got worse to the point where they sedated her and put her on the ventilator," Hitchens — who did not immediately respond to PEOPLE's request for comment — wrote in a post to Facebook on May 12. "I was never put [on a] ventilator and started feeling better feeling stronger, never had terrible aches and pains just weak and exhausted."

Hitchens said doctors attempted to "wean" Erin off the ventilator, but her oxygen levels dropped each time and they placed her back on the breathing machine. With so many setbacks, Hitchens said he accepted his wife might not survive the ordeal.

"My wife has been sick before in the past quite a few times, and she always fought through to get better, but now after 3 weeks I have come to accept that my wife may pass away," he wrote on Facebook.  Read more >>
Posted by Anthony Derek Catalano at 9:25 AM