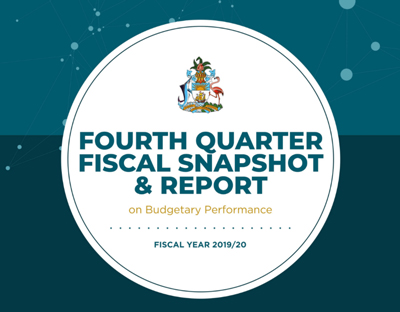 The Ministry of Finance released its fourth quarter fiscal snapshot and report on budgetary performance for fiscal year 2019/20 yesterday.

Preliminary data for the fiscal year, which ended June 30, indicates an estimated threefold increase in the fiscal deficit to $788.1 million from $219.3 million, in fiscal year 2018/19.

The Ministry of Finance routinely publishes budget performance reports at the end of each fiscal quarter.