‘Find Your Way Back’: Jaheim Slammed by Social Media Over His Support for Donald Trump 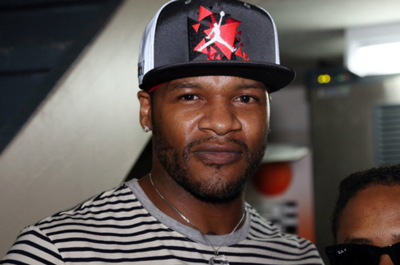 Another bites the dust! One more member of the Black community has come out to show his support for President Donald J. Trump. On Saturday, Aug. 22, singer Jaheim took to his Instagram page to praise the president as a “great man.”

The “Just in Case” singer started his video with a silent prayer and claimed that Trump has “saved a lot of people.” He added, “Face it. It is what it is.  I don’t give a damn who don’t like it. Do your homework, ’cause I’ma post some more stuff. I’ma wake y’all up.”

The 42-year-old then argued that “If it wasn’t for Trump taking the stance that he’s taken, you guys would’ve been done!” In a lengthy caption, the singer apologized to the president, saying, “I just wanna apologize to @realdonaldtrump for all the misinformation since he’s been in office.” He continued, “We the people have turned our backs on this great man who been working effortlessly to restore the balance for the Republic and didn’t even take a pay check.”  Read more >>
Posted by Anthony Derek Catalano at 4:42 PM