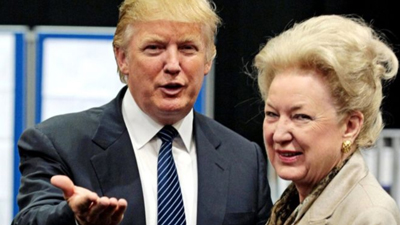 US President Donald Trump's eldest sister, a former federal judge, has said her brother is a liar who "has no principles", secret recordings reveal.

The critical remarks by Maryanne Trump Barry were recorded by her niece, Mary Trump, who last month published a book excoriating the president.

"His goddamned tweet and lying, oh my God," Ms Barry is heard saying. "It's the phoniness and this cruelty."

Mary Trump said she had taped her aunt to protect herself from litigation.

Mr Trump responded to the latest revelations in a statement issued by the White House, saying: "Every day it's something else, who cares."

The recordings were first reported by The Washington Post, after which the Associated Press obtained them.  Read more >>
Posted by Anthony Derek Catalano at 12:18 PM