Coronavirus hasn't stopped groups from gathering, but it has led to grim consequences 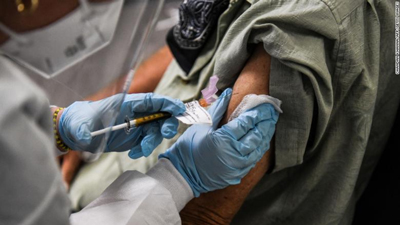 (CNN) - Despite frequent warnings from health officials that big gatherings can spread Covid-19, large groups continue to congregate across the United States leading to outbreaks in communities, on college campuses and beyond.

Universities in at least 19 states have reported outbreaks, some tied to large group gatherings.

Following what the dean of students and head of public safety called "incredibly reckless behavior," 23 Syracuse University students were suspended Thursday after gathering on the campus quad at night. The next day, citing "a rapidly escalating increase" in the percentage of people testing positive for the virus, the University of North Carolina at Chapel Hill announced that testing would be implemented for three residence halls.  Read more >>
Posted by Anthony Derek Catalano at 4:17 PM