China's Communist Party is a threat to the world, says former elite insider 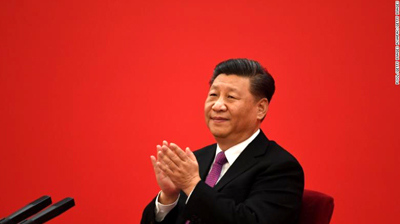 Chinese President Xi Jinping has rapidly consolidated his control of the Communist Party.

Hong Kong (CNN) - Cai Xia is no stranger to defying expectations. During her years at the Chinese Communist Party's top training center and think tank, the outspoken professor had surprised many with her liberal ideas and support for democratic reform.

More recently, she caused a stir with a spate of scathing denunciations of China's ruling elite and the country's leader Xi Jinping -- a rare rebuke from a longtime insider that led to her expulsion from the Party earlier this week.

In an interview with CNN from the United States, where she has lived since last year, Cai went a step further by calling on the US government to double down on its hardline approach towards Beijing. She said she supported the Trump administration's ban on telecommunications giant Huawei, which Washington claims is a national security risk due to its alleged connection to the Chinese government -- an allegation Huawei has repeatedly denied.

Cai also called for sanctions on top Chinese officials and appealed to the international community to join hands in stopping the Communist Party from "infiltrating" global institutions and spreading Xi's "totalitarian" ideals.

"The relationship between China and the United States is not a conflict between the two peoples, but a contest and confrontation between two systems and two ideologies," Cai told CNN.  Read more >>
Posted by Anthony Derek Catalano at 7:44 AM