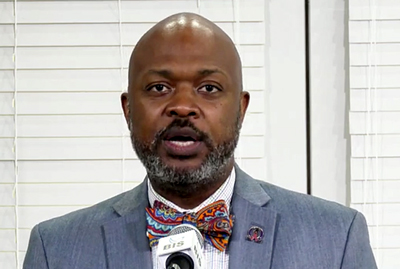 Speaking briefly with The Tribune yesterday, a tight-lipped Dr Brennen said he was busy working.

A post was circulated on Wednesday night on social media by a local website operator, alleging Dr Brennen had given notice of his resignation due to concerns about the handling of the pandemic.

When The Tribune contacted Dr Brennen yesterday, he only said: “Unfortunately, I am a bit busy. But I have not submitted ‘notice of intention to resign’…I think that’s what it (the social media post) said.”

Dr Brennen is a part of the country’s COVID-19 Task Force which has, since formed, seen the departure of former Minister of Health Dr Duane Sands and task force coordinator, Dr Merceline Dahl-Regis.

Prime Minister Dr Hubert Minnis served as interim minister of health after he accepted Dr Sands’ resignation in May. Former Minister of Transport Renward Wells was appointed to the health post recently, taking over from Dr Minnis.

This comes as COVID-19 cases and deaths continue to climb. More than 1,500 cases have been reported up to press time, the bulk of which were confirmed after the country reopened its borders to international travel on July 1.

Recently, director of the National HIV/AIDS and Infectious Diseases Programme, Dr Nikkiah Forbes admitted to a serious backlog of national tests being in the system. She also said health professionals are looking at data to differentiate between the backlog and new COVID cases.

On Monday Dr Minnis said he was acting on advice from health officials when he placed New Providence on an immediate seven day lockdown, closing nearly all commercial activity. He reversed the decision less than 24 hours later, he said, due to threat of an impending storm and concerns that residents and business were not prepared for a week-long shutdown.  (source)
Posted by Anthony Derek Catalano at 3:52 PM