Apple first US company to be valued at $2Trillion 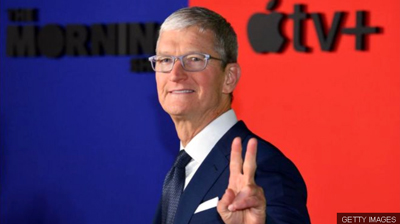 Tech giant Apple has become the first US company to be valued at $2tn (£1.5tn) on the stock market.

It reached the milestone just two years after becoming the world's first trillion-dollar company in 2018.

Its share price hit $467.77 in mid-morning trading in the US on Wednesday to push it over the $2tn mark.

The only other company to reach the $2tn level was state-backed Saudi Aramco after it listed its shares last December.

But the oil giant's value has slipped back to $1.8tn since then and Apple surpassed it to become the world's most valuable traded company at the end of July.  Read more >>
Posted by Anthony Derek Catalano at 7:45 AM