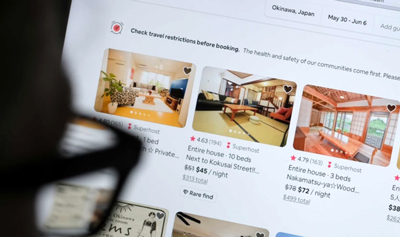 (CNN) - Addressing an ongoing problem with unauthorized parties at Airbnb listings that has been aggravated by the pandemic and public health risks, the rental behemoth issued a ban Thursday on parties at properties worldwide.

"This party ban applies to all future bookings on Airbnb and it will remain in effect indefinitely until further notice," Airbnb said in its announcement.

The new policy also includes an occupancy cap of 16 guests.

The company noted that 73% of Airbnb listings worldwide already banned parties in their house rules.
Previously, hosts were allowed to authorize smaller parties such as birthday parties and baby showers, Airbnb said.