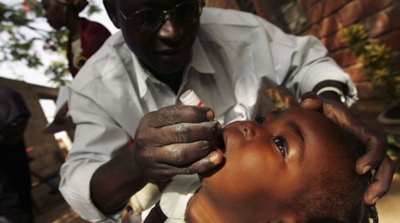 Polio can only be prevented through immunisation - AFP

Africa has been declared free from wild polio by the independent body, the Africa Regional Certification Commission.

Twenty-five years ago thousands of children in Africa were paralysed by the virus.

The disease is now only found in Afghanistan and Pakistan.

There is no cure but the polio vaccine protects children for life.  Read more >>
Posted by Anthony Derek Catalano at 8:53 AM