‘This whole house of cards is gonna collapse’: GOP shutters Senate with US on verge of economic catastrophe 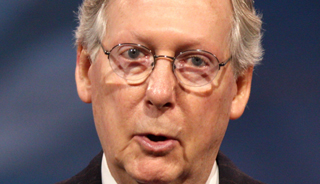 Rep. Dan Kildee (D-Mich.) - image: Gage Skidmore
By Roxanne Cooper
As Senate Republicans headed home for the weekend without extending unemployment insurance benefits or approving other economic relief programs that could help millions of Americans weather the ongoing financial catastrophe of the coronavirus pandemic, progressives and congressional Democrats warned that disaster is on the horizon.
“This whole house of cards is going to collapse,” Rep. Dan Kildee (D-Mich.) warned during a press conference Friday afternoon.
As Common Dreams reported, the departure of the GOP-controlled Senate for the weekend without a resolution to the benefits questions earned the upper chamber’s leadership a harsh rebuke in a speech from Sen. Ron Wyden (D-Ore.), who called the decision by Senate Majority Leader Mitch McConnell to recess until Monday unacceptable.
“The lapse that is being forced on this country right now is because Senate Republicans would not step up,” said Wyden. “The lapse is going to lead to evictions, it’s going to lead to hunger, it’s going to lead to desperation for millions of Americans.”  Read more >>
Posted by Anthony Derek Catalano at 7:27 AM