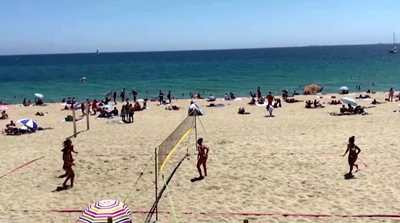 By Jane Wardell, Gayle Issa
SYDNEY/LONDON (Reuters) - Global coronavirus infections surged past 15 million on Wednesday, according to a Reuters tally, with the pandemic gathering pace even as countries remain divided in their response to the crisis.
In the United States, which has the highest number of cases in the world with 3.91 million infections, President Donald Trump warned: “It will probably, unfortunately, get worse before it gets better.”
The top five countries with the most cases is rounded out by Brazil, India, Russia and South Africa. But, the Reuters tally shows the disease is accelerating the fastest in the Americas, which account for more than half the world’s infections and half its deaths.  Read more >>
Posted by Anthony Derek Catalano at 3:05 PM