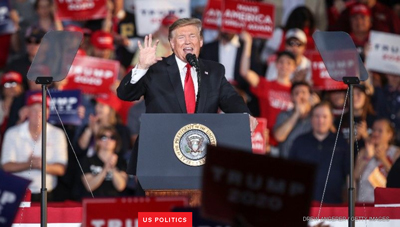 US President Donald Trump
By Nathan Francis
Donald Trump’s campaign is in “full blown panic” over bad polling that includes the prospect of him losing in a large and traditionally deep-red state, former White House official turned Trump critic Anthony Scaramucci says.
The former administration member took to Twitter on Sunday to post what appeared to be a response to a series of tweets from the president specifically referencing Pennsylvania and Texas, saying that voters there should not go for Biden.
In his tweet, Trump referred to his opponent as a “puppet” for far-left figures in the Democratic Party, a line of attack he has adopted against the former vice president.  Read more >>
Posted by Anthony Derek Catalano at 8:58 AM